Equip Your Agency to Help “Stop the Bleed" 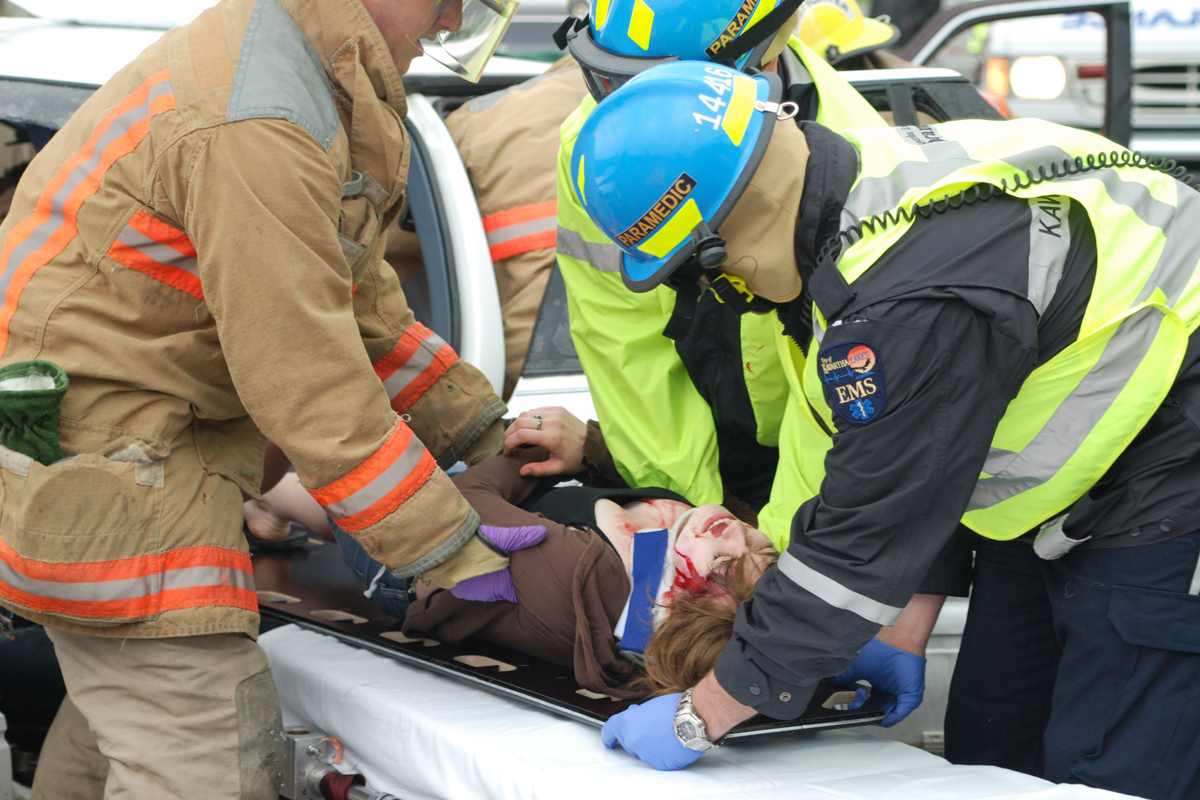 Here’s how firefighters, law enforcement and other first responders can help reduce the number of casualties during life-threatening bleeding events.

Stop the Bleed is a national awareness campaign intended to encourage bystanders to become trained, equipped and empowered to take action during emergencies before professional help arrives. The goal of this nationwide initiative is to “train every American in basic bleeding control techniques and to work tirelessly toward placing bleeding control kits in every public venue, including schools, community centers, places of worship and stadiums.”

It was a few months after the 2012 active shooter incident at Sandy Hook Elementary School in Newtown, Conn., when several government and medical community representatives created a national policy to enhance survivability from active shooter and intentional mass casualty events. Focused on saving lives during active shootings, mass casualties and other life-threatening events, The Hartford Consensus spurred both public and private organizations to begin “pre-placing” hemorrhage control equipment in areas where it could be used by the general public, bystanders and first responders.

"With the recent incidents at the Navy Yard (Washington, DC) and Westgate Mall (Nairobi, Kenya), this topic is very much top of mind,” Hartford Hospital’s Lenworth M. Jacobs, MD, MPH, FACS, said in a press release at the time.

“In one case, emergency responders were delayed 40 minutes because law enforcement didn’t want to put them in danger,” Jacobs continued. “Most of these shooting events are over in 15 minutes and people can bleed to death within five minutes from these severe injuries. Responses to save victims have to be immediate, fully orchestrated, and ready to go, day or night, in any city in the U.S.”

To help stop the bleed, fire departments, police departments and EMS need to stock up on one-time use bleed control kits and multi-casualty packs to help administer first aid to multiple casualties, or even possibly to themselves. They can also situate first aid cabinets near their AEDs.

During an incident, safety must be a top priority. Should the rescuer become injured, he or she might not be able to help the victim. Therefore, care should only be initiated if the scene is safe. It’s also important to wear gloves (if available) to protect yourself from blood-borne infections.

It doesn’t take an active shooter to create a situation whereby someone needs immediate help to stop the bleed. Serious bleeding is more likely to result from everyday injuries such as those that may occur at home, at work or while on the road. Knowing this, many response teams choose to co-locate bleeding control equipment with their automatic external defibrillators with clear messaging and signage so that individuals can easily and rapidly access this equipment.

The same equipment can be replicated on fire trucks and police vehicles, which they both use as a home base while out on the road. Many public safety professionals also share their time and bleeding expertise in the community as instructors in certification classes, available to the public and promoted on Bleedingcontrol.org.

The Role of the Public Safety Organization

According to The New England Journal of Medicine, death from hemorrhage represents a substantial global problem, with more than 60,000 deaths per year in the U.S. alone attributed to physical trauma. Early recognition of hemorrhagic shock and prompt action to stop the bleeding can save lives, the Journal reports, since the median time from onset to death is two hours.

Since intervention is necessary within seconds or minutes in order to prevent irreversible harm when someone is bleeding, a combination of quick thinking and the right equipment can mean the difference between saving a life and having someone die due to exsanguination.

The New England Journal of Medicine writes, “Rapidly controlling the source of hemorrhage and restoring the patient’s intravascular volume and oxygen-carrying capacity serve both to limit the depth and duration of the shock state and to repay the accumulated oxygen debt in the hope that the debt is repaid before shock becomes irreversible."

When catastrophe hits, public safety organizations are an important resource and play a critical role towards empowering bystanders as "immediate responders" for those critical minutes before professional responders arrive at the scene.

Prevention starts with being able to detect a potentially catastrophic situation. All potential responders to victims of a trauma event should be able to recognize the signs that indicate that bleeding is life-threatening, including:

The consortium states that if one or more of these signs are evident, first-responders should attempt to stop or slow massive hemorrhaging by using their hands (gloved whenever possible) to initiate primary compression. The Hartford Consensus says the compression should be applied “directly or just proximal to the site of hemorrhage and with the use of sustained, direct pressure.”

According to The Hartford Consensus, many trauma deaths result from injuries that are intrinsically non-survivable, but others occur from potentially survivable injuries if optimal care had been given. This puts fire departments and law enforcement in a good position to help improve survivability numbers and reduce the chance of life-threatening bleeding events.

What Should You Have Onsite?

An online resource for the EMS community, EMS1.com, says organizations can help stop someone who is bleeding by stocking their facilities with hemorrhage control products that allow employees and first responders to administer care quickly and efficiently.

As a first responder or public organization here are the main bleeding control products that can make a difference during an emergency:

It’s important to note that it doesn’t take a criminal attack to create a situation that puts an individual at risk. “Accidents with kitchen knives or chainsaws are more common than terrorist activities, and these kits help then, too,” Jacobs told Reuters Health. “Bleeding control is a life skill that everyone should have.”

7 Ways to Stop the Bleed

The U.S. Fire Administration outlines the key steps that fire and emergency management services (EMS) agencies should take in order to effectively respond to such events.

To increase survivability of victims, fire, EMS and law enforcement agencies must incorporate threat principles as standard operating procedures (SOPs) that include, but aren’t limited to, these seven steps:

By taking these steps, fire departments and other public safety organizations will be better prepared if and when a potentially life-threatening event takes place.

While Stopping the Bleed is critical, the faster the patient is moved out of the warm zone to traditional trauma care, the higher their chances for survivability.

Many first responder agencies will use traditional medical stretchers or try a multi-man carry, but the new Rapid Extract Chair (REX), allows a single responder to rapidly move a patient up to 400 lbs. The REX Chair has the ability to move patients quickly and safely when there is a limited number of responders and can be used on any terrain, any distance, downhill and downstairs.

The REX Chair replaces the following:

By being prepared with both the right processes and products to stop the bleed, fire departments and public safety organizations can help increase survival rates among victims. “Research and history have indicated that the active risk at most incidents is over before first responders arrive on the scene, or shortly thereafter, but they may also require extended operations,” the U.S. Fire Administration concludes. “Extensive planning, recurrent training and preplanned coordination are all required for optimal results.”

The product statements contained herein are intended for informational purposes only. Such product statements do not constitute a product recommendation or representation as to the appropriateness for a specific application or use. W. W. Grainger, Inc. does not guarantee the result of product operation or assume any liability for personal injury or property damage resulting from the use of such products. 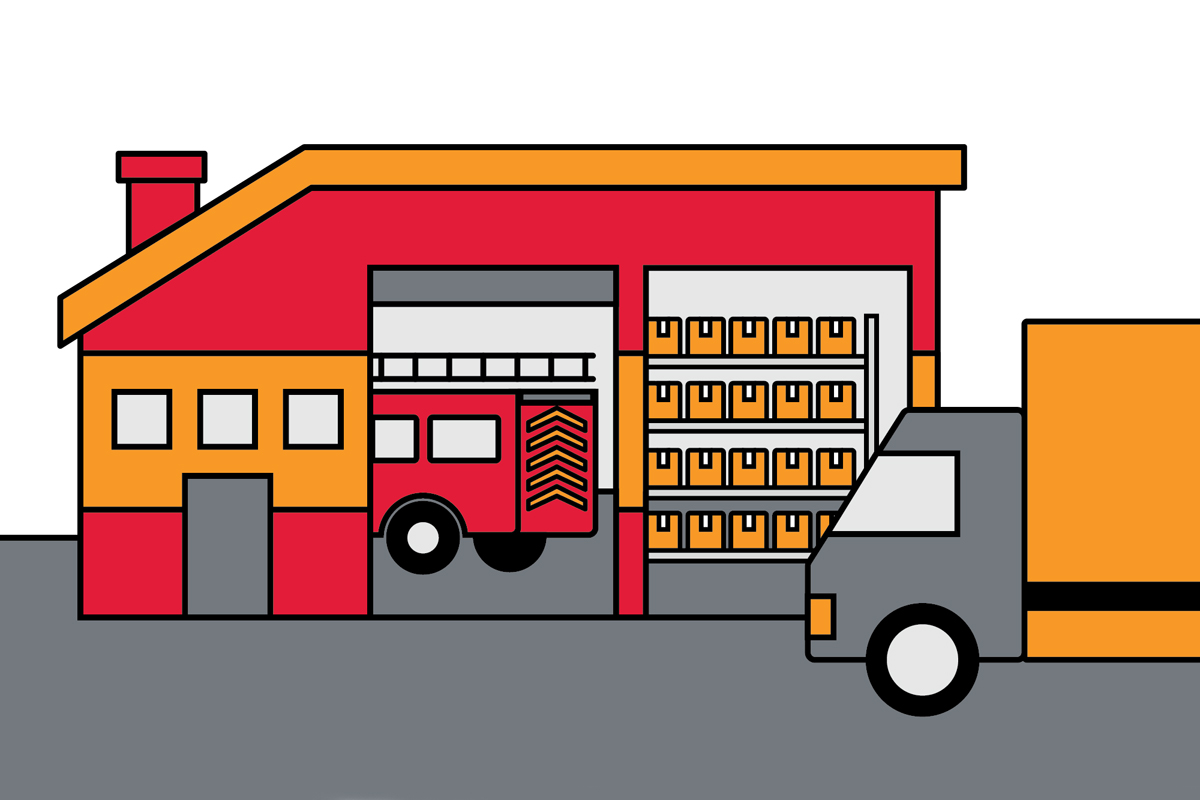 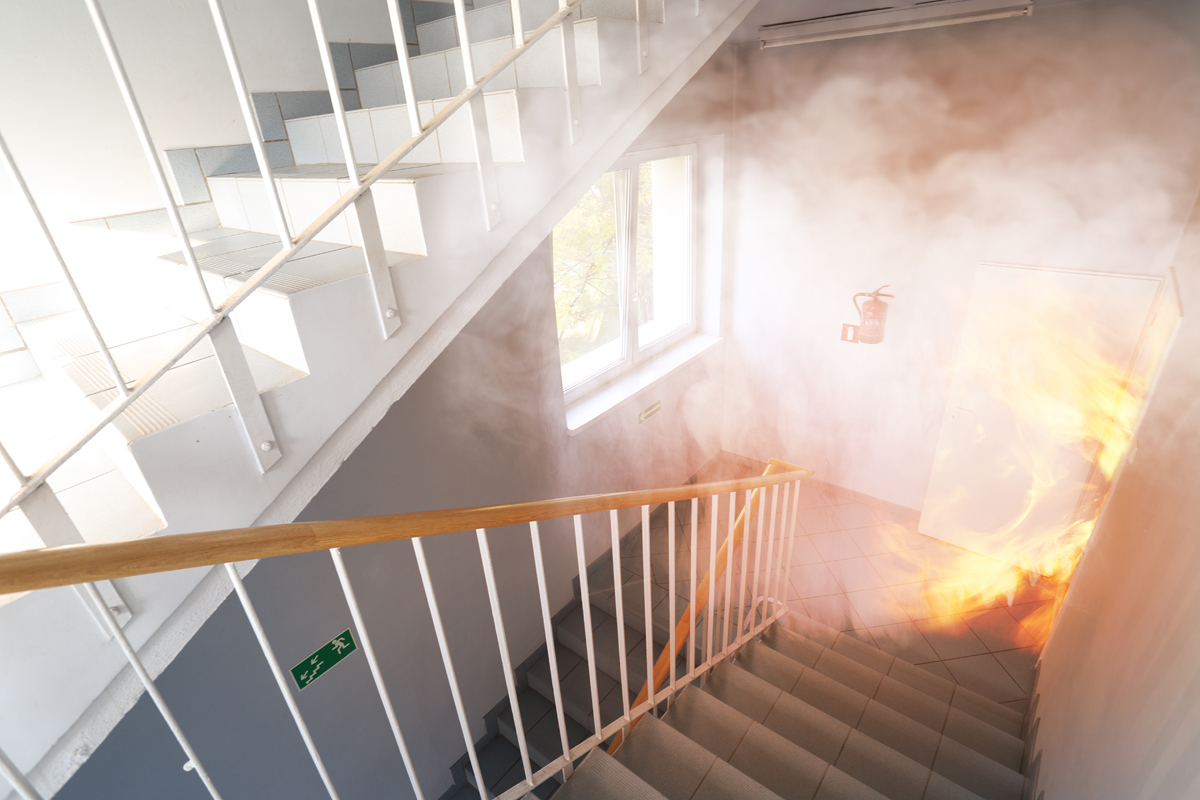 Fire and Smoke Barriers: Is Your Campus up to Code?

Products to Help You "Stop the Bleed" 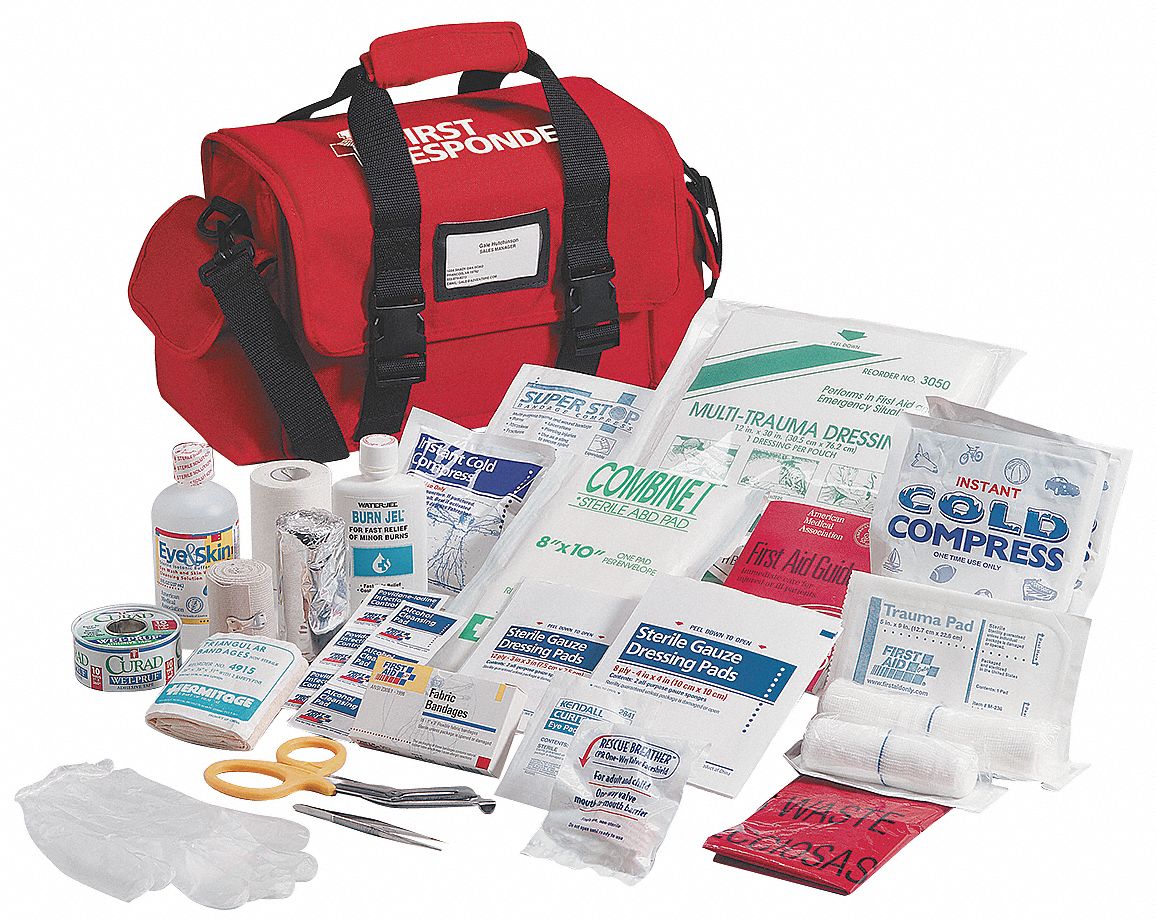 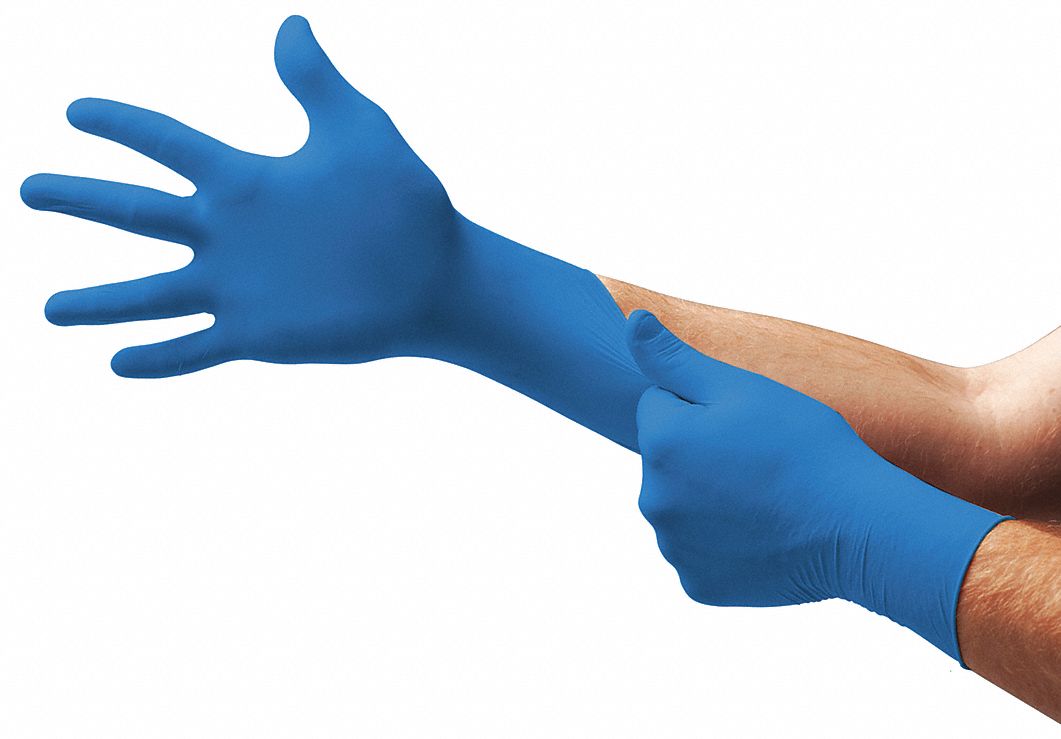 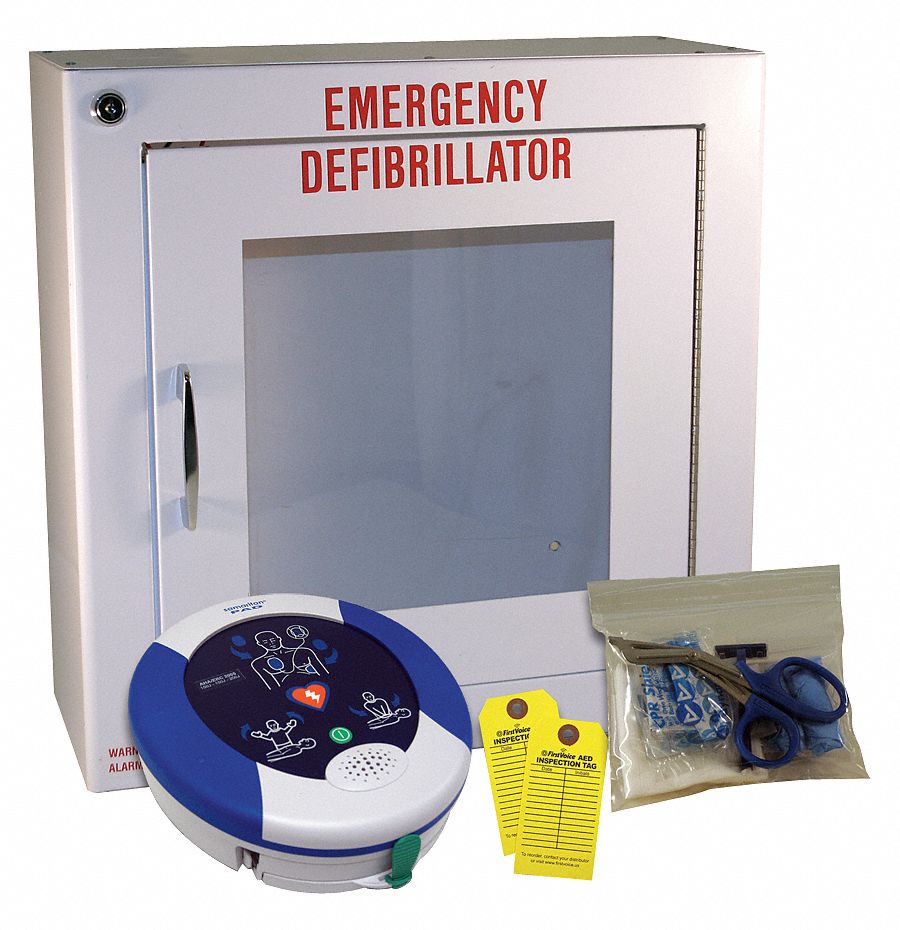 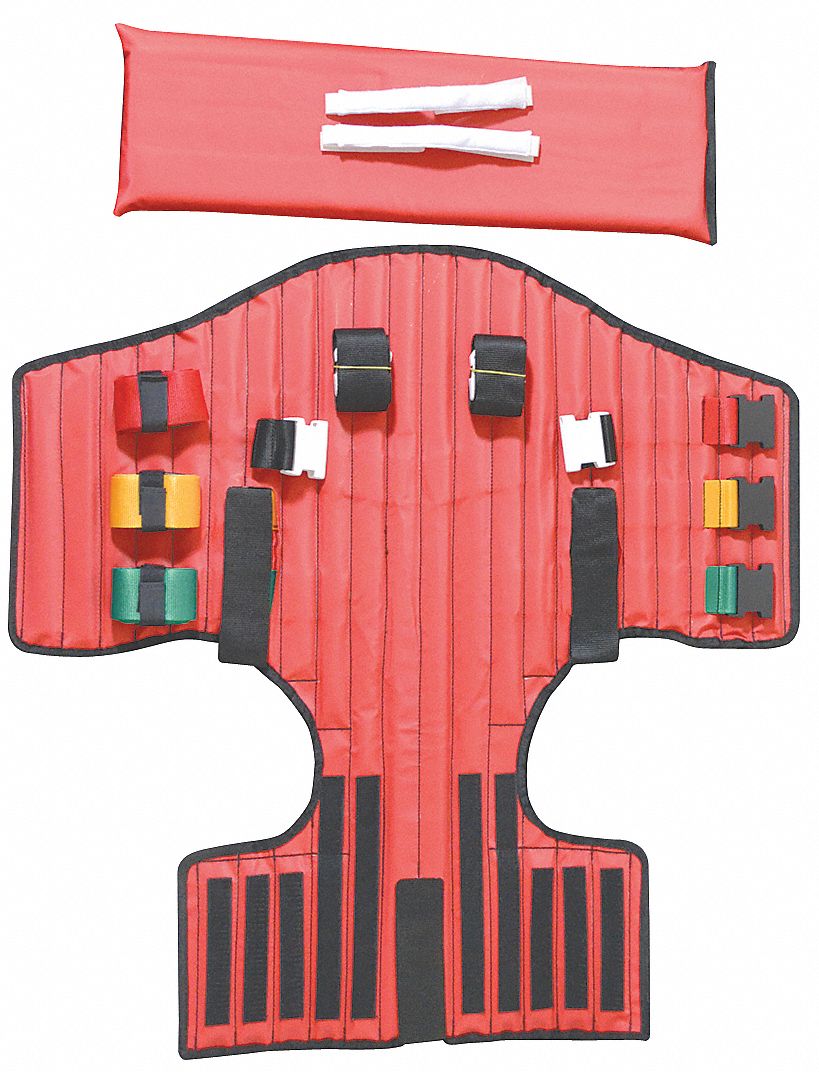 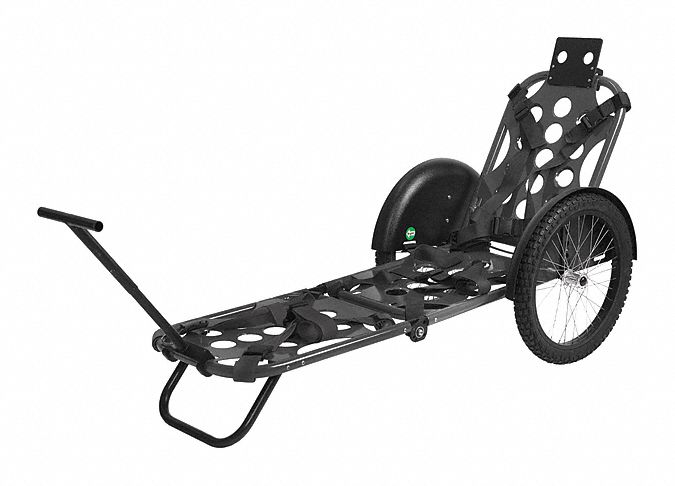